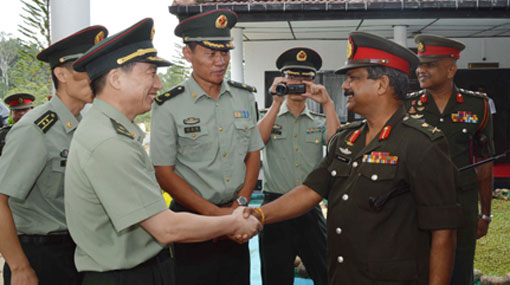 The visiting Chinese technical and experts had a lengthy discussion with those engaged in the construction project which was a long felt requirement of the SLMA.

Exchange of mementoes by Major General Mano Perera and Brigadier R.W.W.A.D.B. Rajaguru with Chinese delegation brought the review programme to an end.