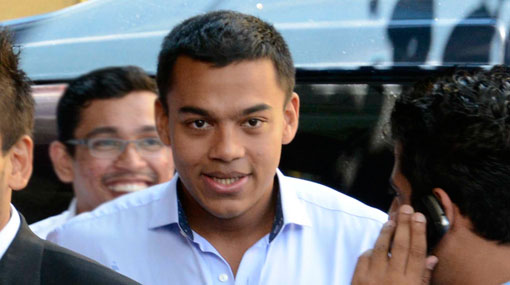 Former President Mahinda Rajapaksa’s son, Lieutenant Yoshitha Rajapaksa, has been arrested by the Financial Crimes Investigation Division (FCID) and is expected to be produced at the Kaduwela’s Magistrate’s Court.

He was arrested following questioning carried out by the FCID earlier today at the Sri Lanka Navy Headquarters in Colombo, the navy spokesman said.

Yoshitha Rajapaksa was summoned to give a statement regarding financial irregularities at the Carlton Sports Network (CSN), a private company allegedly linked to him.

Meanwhile CSN chairman Rohan Weliwita, former CEO Nishantha Ranatunga and another individual have also been arrested by the FCID in connection with the case.

Weliwita, who is former President Mahinda Rajapaksa’s media coordinating secretary, was also taken in for questioning by the FCID this morning.

He was questioned regarding alleged financial irregularities at the television channel.