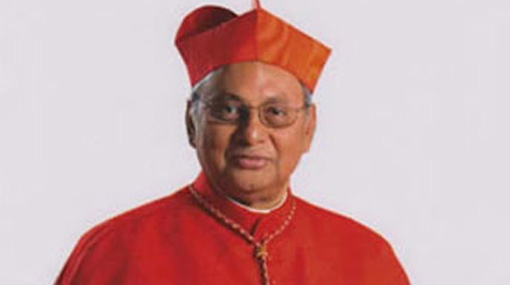 9th clause of the Constitution should remain unchanged - Cardinal Ranjith

The pledge that has been given by the Government to protect the foremost place of Buddhism must be credited, Bishop of Colombo Malcolm Cardinal Ranjith says.

He expressed this view while participating at a religious ceremony held at the Holy Cross Church in Gampaha.

“We thankful for the President and the Prime Minister as they have vowed to give the right status and respect deserved for Buddhism,” he added.

Cardinal Ranjith also went on to say that there was a move to add a new term to the proposed Constitution in a bid to promote atheism in Sri Lanka.