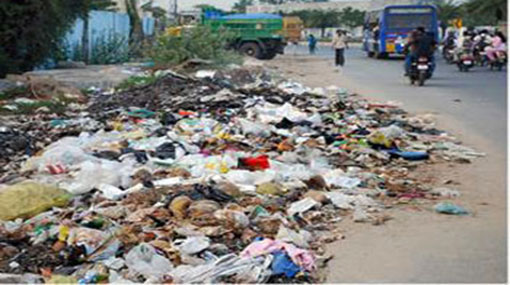 Co-cabinet Spokesman Gayantha Karunathilake announced that the Cabinet of Ministers approved the proposal to ban the use, sale and production of polythene of 20 microns or less, Styrofoam, lunch sheets and shopping bags.

“The proposal made the President Maithripala Sirisena, in his capacity as the Minister of Mahaweli Development and Environment, to implement short term, medium term and long term activities recommended by the committee of intellectuals appointed in regard to the management of polythene use for minimizing its environmental impact, was approved by the Cabinet of Ministers,” he said.

• Prohibition of polythene use for decorations in all events

• Implement the prevailing regulations for prohibition of use, sale and production of polythene equals or less than 20 microns.

• Prohibition of sale, importation and production of lunch sheets

• Promotion of providing paper, cloth or reed bags or biologically degradable plastics for customers when purchasing items in stores

• Prohibition of burning polythene and plastic in open places

• introduction and promotion of biologically degradable polythene and plastics

The cabinet paper proposing the ban which was submitted by the Central Environment Authority (CEA) and President Maithripala Sirisena received approval at the cabinet meeting held today (12).

Issuing an announcement to the media, the CEA stated that the use, production, import and sale of lunch sheets would be banned under the new regulation.

The use, production, import and sale of Styrofoam (commonly known as Rigifoam) used as a food packaging material will also be banned.

The CEA added that the burning of plastic and polythene in open areas was also prohibited, effective today.

Shopping bags will be replaced with reusable cloth bags under the new law.

The new law was introduced in an effort to reduce environmental damage brought about by the use of non biodegradable plastic and polythene items.

UPDATE (2.39pm) : Meanwhile Deputy Minister of Environment and Mahaweli, Anuradha Jayaratne, today announced that the use and production of polythene less than 20 microns will be banned from September 01.

He stated that the legal action will be initiated against individuals, institutions and factories that fail to comply with the decision from September 01 and that raids will be carried out on a district level to monitor this.

He said that the intention of the government is to eliminate the harm caused by polythene to the environment by mid 2018.