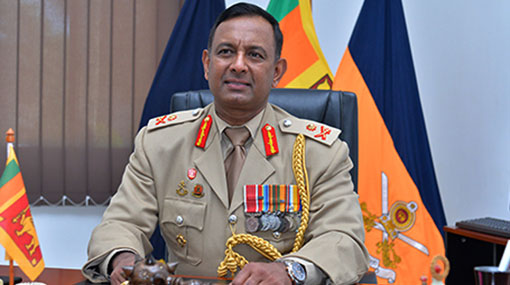 Major General Dampath Fernando has been appointed the new Deputy Chief of Staff of the Army with effect from Friday (August 4).

Major General Dampath Fernando of the Sri Lanka Army Gemunu Watch (GW) Regiment has been serving as the Commander, Security Forces - Mullaittivu, before he was appointed to this appointment. He is also the Colonel of the Regiment, the Gemunu Watch.

He joined the Sri Lanka Army (Regular Force) as an Officer Cadet on 27 April 1983 and underwent basic military training at the Sri Lanka Military Academy - Diyathalawa in the Intake 18. He was commissioned as a Second Lieutenant on 7 November 1984 and posted afterwards to the GW Regiment.