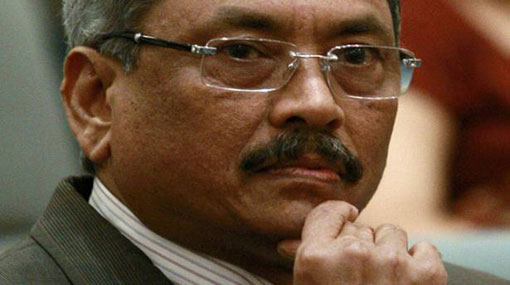 No action to be taken against Gotabhaya; stay order issued on FCID

Former Defence Secretary Gotabhaya Rajapaksa filed a writ petition in the Court of Appeal seeking an interim order preventing the police from arresting him.

The order was fixed for hearing today (29) by (President) Justice L.T.B. Dehideniya and Justice Shiran Gunaratne.

During court sessions today (29), the legal representatives of Gotabhaya Rajapaksa stated that the FCID had lodged a case against their client for the misappropriation of public funds for the construction of the D.A.Rajapaksa museum under the Public Properties Act.

President’s Counsel Romesh de Silva appearing for the petitioner stated that the FCID has no legal grounds to seek action as the event in question was an absolute civil transaction. Thereby it was stated that no legal action can be sought under the Public Properties Act.

A certificate under Offences against the Public Property Act had already been filed before the Magistrate’s Court,the PC stated.

The petitioners further requested that judge panel to revoke the case lodged at the Magistrate’s court against Gotabhaya Rajapaksa as no legal grounds were provided.

Following the submission of evidence the Court decided to issue a stay order preventing any further instigation by the FCID.

Prior to the ruling however Additional Solicitor General Dilrukshi Dias Wickremesinghe who was appearing for the state mentioned that the documentation required for the case only arrived at her chambers on November 20 providing her with little time to review the case.

She further stated that the court has delivered a verdict disregarding her request to produce evidence before the court. It was thereby stated that further legal action will be sought against the petition and the stay order.

Accordingly the judge panel decided to recall the petition on December 6, and requested any and all objections against the ruling to be provided during the next session.