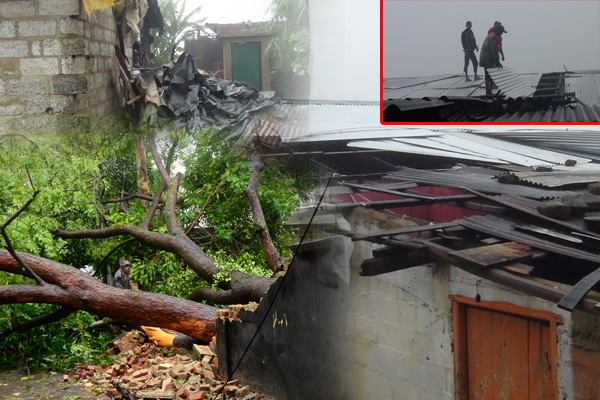 Storms with heavy rain and winds across Sri Lanka have left at least seven people dead and another 5 people missing, officials said today.

The Disaster Management Center (DMC) said around 20,000 people have been affected by the adverse weather conditions which affected several districts in the island.

This includes the coastal region from Colombo to Hambantota and certain areas in Badull and Nuwara Eliya districts.

DMC Assistant Director Pradeep Kodippili said that 202 houses have been completely damages while over 3,000 houses have sustained partial damages. He said that relief efforts have already commenced.

He also said that 1,036 persons have been relocated to safe areas with the assistance of tri-forces personnel and the police department.