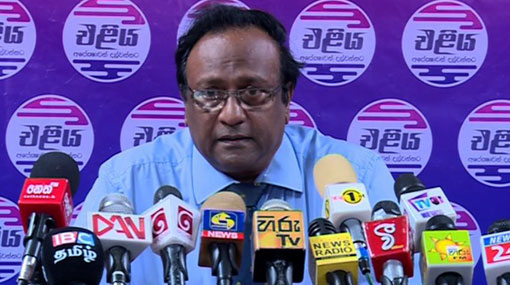 Resettle Sinhalese and Muslims in North before polls - Sarath Weerasekara

Former Rear Admiral Sarath Weerasekara says that the Sinhalese and Muslim people who lived in the North need to be resettled in those areas before any elections are held.

He also claimed that the Tamil National Alliance (TNA) is the only opposition party in the world that supports the budget of the government.

If they somehow move for a separate state, then the incumbent government will also approve it, he charged, speaking during a press conference of the ‘Eliya Organisation’ in Colombo today (5).

He alleged that the government will not hesitate to betray the country and the people in that manner.

The former deputy minister further said that the Chief Minister of the Northern Province. C.V. Wigneswaran, who was silent during the regime of former President Mahinda Rajapaksa, is now very active after the new government coming to power.

He claimed that the Chief Minister is using his powers to move various unsuitable legislations and laws.