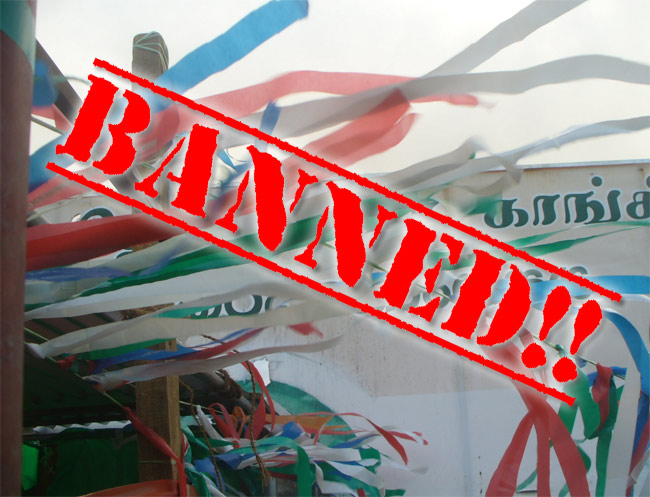 President Maithripala Sirisena has instructed the Central Environmental Authority (CEA) to ban the use of polythene during election campaign activities, the President’s Media Division said.

He instructed to strictly implement the law against relevant individuals if such use of polythene does take place.

He asked the CEA to call a press conference in the future and notify the relevant parties regarding the matter.

The President made this directive during a discussion held at the Presidential Secretariat today (14) regarding waste management by local government bodies.

The Government has already banned the use and manufacture of polythene products of 20 microns or less in the country, with effect from September 01.