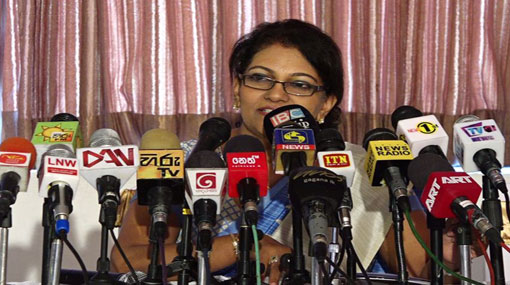 Deepa Edirisinghe stated that she will enter the political arena by pledging her allegiance to the SLFP as a nominee from Colombo for the upcoming Local Government election.

She declared her candidacy as a nominee at a press conference held earlier today (15).

Deepa Edirisinghe is the daughter of the late Soma Edirisinghe who was a Sri Lankan Corporate Executive, Film Producer, Philanthropist and Social Worker.

It has also been reported that Deepa Edirisnghe will be awarded the SLFP Organizer post for Colombo.