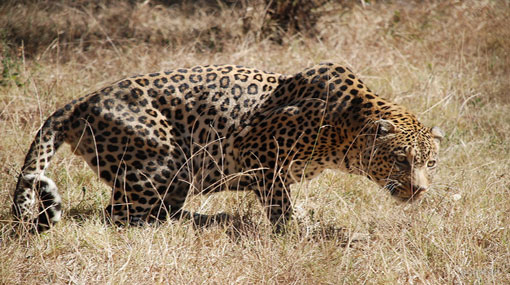 Officials from the Department of Wildlife Conservation stated that the efforts rendered to capture the man eating leopard that has attacked seven workers at the Panmure estate in Hatton have been unsuccessful.

A joint effort of the Department of Wildlife Conservation together with doctors from the Udawalawe veterinary hospital yesterday (3), yielded no results as the traps set to capture the leopard were set off by stray dogs in the area.

Officials from the Department of Wildlife Conservation stated that the leopard may have fled away from the estate after hearing the traps being set off.

Estate workers have refrained from attending work in fear of the leopard, completely halting tea production from the Panmure estate. Further children of local school in the vicinity have also boycotted classes in fear of the man eating leopard.