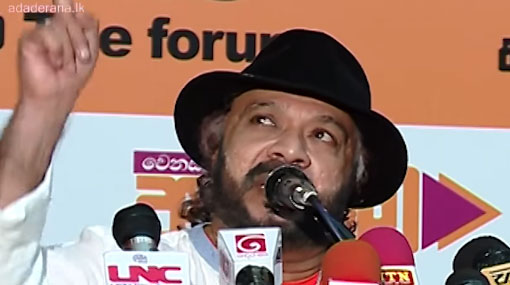 Popular vocalist and lead singer of the Gypsies Sunil Perera stated that the execution of justice within Sri Lanka has deteriorated to an extremely disappointing extent.

Speaking to the media at a political forum yesterday (3), Sunil Perera stated that the two major political parties of Sri Lanka have ruled for 70 years turning a complete blind eye to the preservation of justice and equality.

The lead singer stated Sri Lankans should not be hesitant to exact justice much like Australia where even the Prime Minister is not excused from simple wrongdoings.

He also stated that top level political personalities should be penalized as an example for the entire political structure of the island.