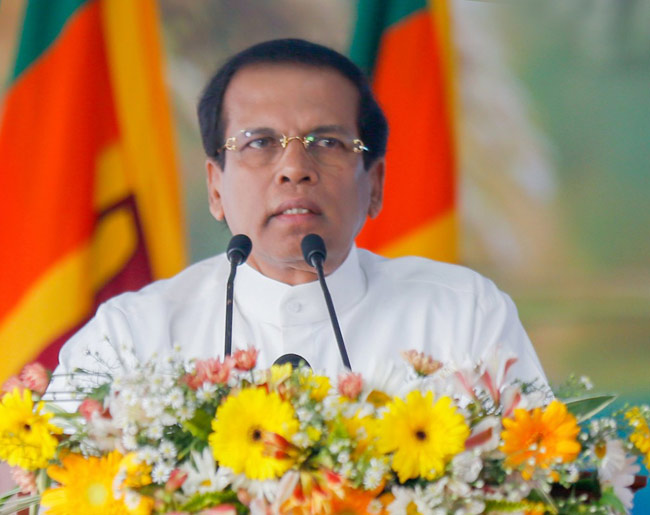 Moragahakanda project delayed due to misuse of political culture  President

With the completion of the Moragahakanda – Kalu Ganga development project a significant transformation will take place in the culture of farming community of the country as well as  a great strengthen to the national economy will be added through this development project, said President Maithripala Sirisena.

With the completion of Moragahakanda reservoir, the ‘Five Mega Reservoirs’ under Mahaweli programme culminates after four decades since Mahaweli water was first diverted to Rajarata from Polgolla on January 08, 1976. The ‘Saalis Wasaraka Mahaweli Asiriya’ national ceremony was organized to mark the successful completion of the Mahaweli development project.

President Sirisena further said that Mahaweli development programme is a significant development project of the Sri Lankan irrigation history, which the whole nation honour. The project which commenced in the end of 1960s rendered a great service for the economic development of the country while initiating mega development process across the country.

“In the same manner an agricultural revival emerge in the country as a result of the implementation of the Moragahakanda – Kalu Ganga development project, a broad development in the fields of fisheries as well as supplying clean drinking water will take place”, the President said, adding a solution can be found for the people living in Rajarata suffering from kidney disease by supplying clean drinking water facility for them.

The President also expressed his gratitude for all the persons who contributed their service for the successful completion of this project.

Prime Minister Ranil Wickremesinghe said that the entire credit of completion of the Moragahakanda development project should goes to the President as he continuously struggled to ensure the implementation of the project.

The Prime Minister said President Sirisena had to struggle for a longer period for this project than the time taken for the all other four phases of Mahaweli development project.