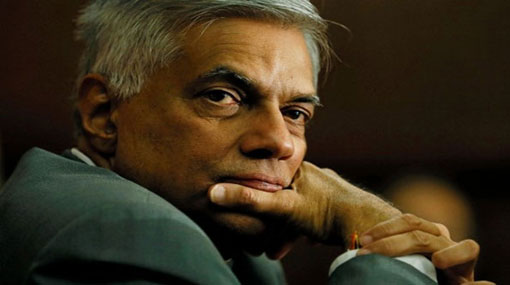 Murderers of the previous regime will be brought to justice  PM

Prime Minister Ranil Wickremesinghe made a special statement today (9), where he addressed several issues mitigated by the current coalition government and extolled the service rendered by the late Lasantha Wickrematunga.

In his communiqué the Premier stated that he, along with President Maithripala Sirisena embarked on a revolutionary political journey to change the increasingly toxic political culture that existed within Sri Lanka.

He also said that on November 21, 2014 the President decided to join with the UNP to rid the country of nepotism, corruption and fraud to launch Sri Lanka to a position of economic and political stability while also regaining the tarnished image of Sri Lanka in the eyes of the international community.

Prime Minister Wickremesinghe further went on to state that the current regime made a pledge to the people to bolster to ailing justice system and reinforce public faith in administration. Although the ambitions of the people are yet to be fully realized, the government is proud of the manner in which it faced the numerous challenges during their three year tenure.

The Government has also been able to create a suitable political demographic where the people may execute their constitutional freedoms devoid of fear or political prejudice. Through the constant consultation of constitutional councils and the strengthening of the judiciary and law enforcement, the people are now able to enjoy the benefits of democracy the Premier said.

Prime Minister Wickremesinghe stated that for the first time in history, the Police force has been empowered to seek legal action against any individual committing fraud or crimes against the state.

The government also took steps to liberalize the unprecedented executive powers granted to the head of state which were grossly misused in the past, and bolster the rights and freedoms of the people. Our aim was to free the nation from a tyrannical reign where one family was draining the country to such an extent that our economy or international standing would not have survived for much longer. I believed that we have been successful in our quest to empower the people once again he said.

The Prime Minister recollected the immeasurable service rendered by the late Lasantha Wickrematunge who was assassinated in the height of political turmoil. Lasantha Wickrematunge knew that he was doomed to die when he penned his last words, ‘the people will finally know the reality of this regime when my son and daughter have finally lost their father’.

Nine years have passed since the untimely death of Lasantha Wickrematunge. As a government we laud the efforts rendered by fearless media personalities to reveal the truth on the murderous and fraudulent Rajapaksa regime. As a government we remain committed to bringing the villainous leaders of the past to justice the Prime Minister said.

In his closing remarks the Premier thanked the people for making the correct decision in 2015 and requested that the people remain committed to the vision brought forward by the current government to ensure that progress and prosperity continues within Sri Lanka.