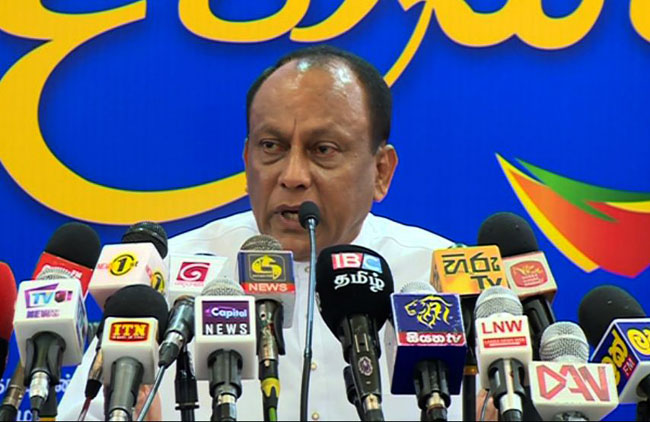 President will seek reelection if Constitution is unchanged  Lakshman Yapa

State Minister Lakshman Yapa Abeywardana says that President Maithripala Sirisena will definitely contest the next Presidential Election if the Constitution is not changed somehow.

Speaking at the SLFP press briefing in Colombo on Wednesday (17), he said that President Sirisena was chosen as the Common Candidate at the last presidential election because the other parties did not have a candidate that could have won.

“We will see how they form a government without the President,” he said.

The State Minister of Public Enterprise Development stated that certain MPs who have entered Parliament for the first time are challenging the President’s executive powers.

He said it is not that the President is unaware about executive powers, it is that he is making sure those powers are not misused. Abeywardena warned that those who think that is a weakness of the President are gravely misunderstanding the situation.