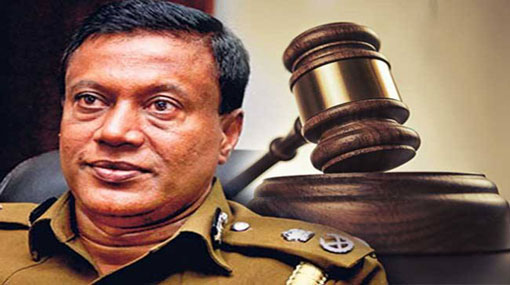 Former DIG Vass Gunawardena was sentenced to five years rigorous imprisonment by Colombo High Court today (12) after he was found guilty of threatening life of then ASP now Director CID Shani Abeysekara, who questioned him during the investigations into the killing of Businessman Mohammed Shiyam in 2013.

Colombo High Court Judge Gihan Kulatunga issued the order as the prosecution had proved the charges beyond reasonable doubt.

The case was filed by the CID alleging they were verbally threatened by Gunawardena who reportedly said “I am a murderer; you all are not able to keep me inside forever, when I am out, see what I will do to you all”

The Attorney General’s Department filed a case against Gunawardena under six chargers following the complaint made by CID Director Shani Abeysekara.

DIG Gunawardena was arrested on June 10 and remanded by the Colombo Additional Magistrate following the murder of businessman Mohamed Shiyam.  He was interdicted by the police on June 18.