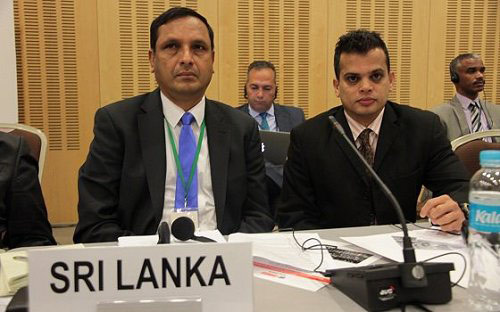 Sri Lanka accedes to the Convention on Cluster Munitions

President Maithripala Sirisena, as the Minister of Defence, obtained the approval of the Cabinet of Ministers to accede to the CCM also known as the Oslo Convention.

“Sri Lanka’s accession to the Convention is a reflection of the country’s recognition of the widespread and long-term impact of such weapons and their negative consequences for economic and social development, particularly in former conflict affected areas.”

“It also signifies Sri Lanka’s continuous commitment to multilateral efforts in the field of disarmament,” the Permanent Mission of Sri Lanka to the UN said in a statement.

The CCM addresses the humanitarian consequences and unacceptable harm caused to civilians by cluster munitions, through a categorical prohibition and a framework for action.

Sri Lanka is the 103rd State Party to the CCM.

In accordance with its article 17 (2), the Convention will enter into force for Sri Lanka on 1 September 2018.

Although various parties have made allegations that Sri Lanka used cluster bombs during the armed conflicts, there is no evidence that Sri Lankan security forces had used cluster munitions, a recent statement on cabinet decisions said.