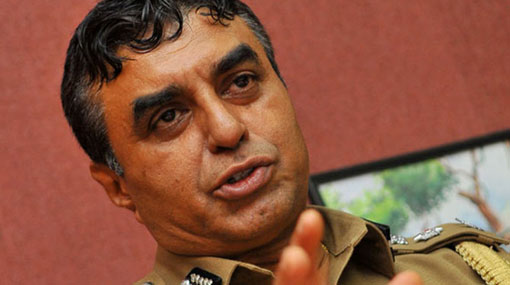 Inspector General of Police (IGP) Pujith Jayasundara dispatched a team of officers from the Criminal Investigations Department (CID) to the Digana area in the Teldeniya police division to carry out investigations this morning, the Police Spokesman said.

President Maithripala Sirisena on Monday ordered the police to conduct an immediate impartial probe after violent mobs clashed in Kandy.

The government said in a statement that police were put on alert to prevent the violence from spreading and asked the people to “act with responsibility and remain calm”.

Police said that 24 suspects have been arrested and remanded for unruly behavior in Teldeniya and Digana yesterday.

Police fired tear gas on Monday and later imposed a curfew in the evening in a bid to quell mob attacks in the Digana area in Kandy following a tense situation that erupted in the general area of Teldeniya Police Division.

Reports said that a clash between two groups that caused death to one of them had sparked off this tense situation on the day of the funeral of the victim.

Meanwhile, a Police curfew has been imposed in the Pallekele and Teldeniya police divisions until further notice.