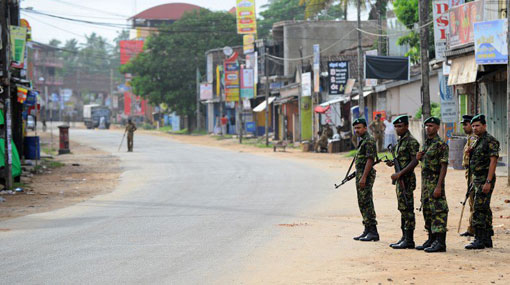 The Police curfew which was re- imposed within the Kandy administrative district from 8 pm yesterday (06), due to the unrest in the Teldeniya and Digana areas, was lifted at 6.00am this morning, the Police spokesman said.

However, the Tri-forces and Police have been deployed for the security of the residents, according to Police Media Unit.

Meanwhile seven persons have been arrested last night over violent behavior in Menikhinna area by the security forces.

Law will be strictly enacted against the suspects, the police said.