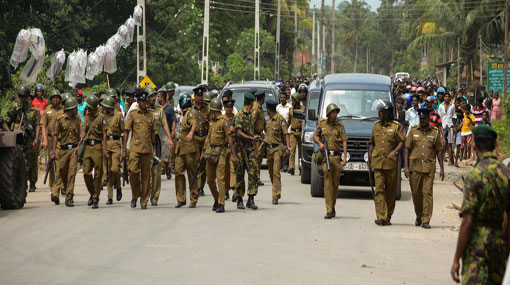 The first phase of payment of compensation to the victims of the 2014 riots in Aluthgama commenced yesterday (22).

Meanwhile, Rs 12 million was paid to relatives of three persons who lost their lives and 12 persons who sustained injuries during the Aluthgama riots.

128 persons who suffered damage amounting to more than Rs. 1000,000 will be benefited under the second stage, the Authority said.

Houses and property of a large number of Aluthgama residents were destroyed during the violence that erupted in Aluthgama and Beruwala in 2014. Many houses and businesses were set ablaze, while others were looted or damaged.