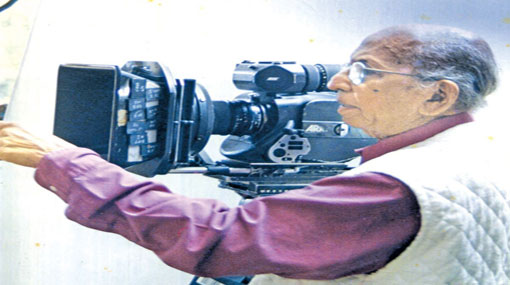 Internationally acclaimed Sri Lankan film producer and film director Dr. Lester James Peiris has passed away at the age of 99 while receiving treatments at a private Hospital in Colombo.

Dr. Peiris celebrated his 99th birthday on April 05 under the patronage of President Maithripala Sirisena at his residence in Thimbirigasyaya.

He has earned several honors and awards both locally and internationally including the Sri Lankabhimanya tile; Sri Lanka’s highest honor for a civilian. He also received a Lifetime Achievement Award at Ada Derana Sri Lankan of the Year 2017 awards ceremony.

Dr. Peiris who is considered as the father of Sinhala cinema revolutionized the Sinhala film industry with his globally acclaimed film “Rekawa” in 1956. It was nominated for the Palme d’Or at the 1957 Cannes Film Festival. With this film he revolutionized Ceylonese cinema, giving it a unique identity. It was the first Ceylonese movie to be shot outdoors.

His movie Wekande Walauwa, starring Ravindra Randeniya and Malini Fonseka, was Sri Lanka’s first ever submission for the Academy Awards.

He was married to the equally renowned directress Sumitra Peiris since 1964.