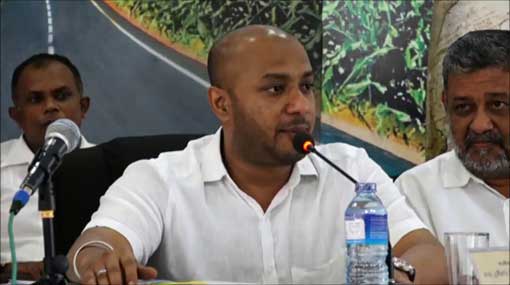 Theres only a principled criticism against Mahindas team  Duminda

There is only a principled criticism regarding the team of former President Mahinda Rajapaksa, says Minister Duminda Dissanayake.

The minister pointed out that the group of 16 who left the government didn’t work towards making President Maithripala Sirisena victorious; however they enjoyed all the privileges, taking up ministerial portfolios after he won.

He further said that there was no personal hatred against the former President Mahinda Rajapaksa.