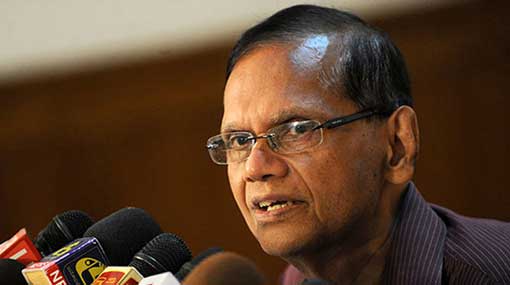 He stated this today (02) at the press conference held in SLPP Headquarters located on the Lotus Road.

He says that it is evident that the New York Times (NYT) article is a conspiracy of the government, seeing as the journalist’s sources were the CID.

However, they will file a court case regarding this and only former President Mahinda Rajapaksa can rebuild this country, he further stated.

This press conference was also joined by the MPs Rohitha Abeygunawardena and Wimalaweera Dissanayake.

MP Rohitha Abeygunawardena states that Deputy Minister Ranjan Ramanayake is the first person to bring the cinema into politics and that Ramanayake is engaged in an acting performance again on the political stage regarding the NYT revelations.

When the media inquired him on this, he acted like a mute who drank medicine being unable to answer the questions, pointed out the MP