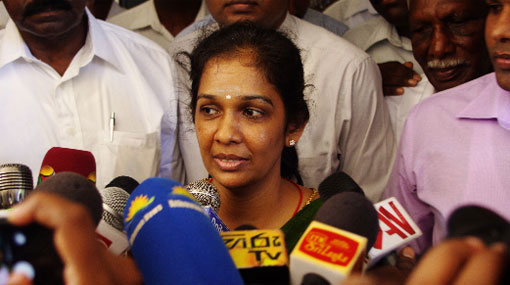 Speaker Karu Jayasuriya has informed the Attorney General to investigate whether State Minister Vijayakala Maheswaran’s controversial statement has violated the Constitution or any laws and to take necessary legal action.

A statement issued by the Officer of the Speaker stated that questions were raised during the Parliament session today (3) on what steps will be taken regarding certain comments made recently by the State Minister.

Several MPs had expressed the need for appropriate action with regard to this while also claiming that she has violated the MP’s oath under annex 7 of the Constitution of Sri Lanka.

After taking into consideration the views expressed, the Speaker today proceeded to inform the Attorney General to investigate whether the State Minister’s relevant statement has violated any provisions in the Constitution or existing laws and to initiate appropriate legal action, the Speaker’s Office said.