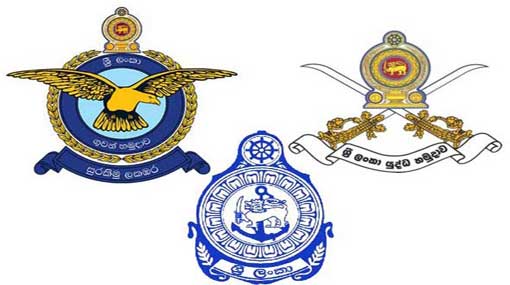 The Cabinet has approved the proposal of the special provisions bill on seeking active support of the Sri Lankan Armed Forces for drug control in the country.

Accordingly, certain relevant powers, recommended by the Attorney General, will be transferred to the Tri-Forces, for a fixed amount of time.

This was a joint proposal by the President Maithripala Sirisena as the Defense Minister and the Minister of Law and Order Ranjith Madduma Bandara.

The purpose of this proposal is to increase the active support of the Armed Forces and the Police Special Task Force to curb the drug issue more successfully.

The proposal was brought forward by the President and was unanimously approved by the Cabinet, he further said.