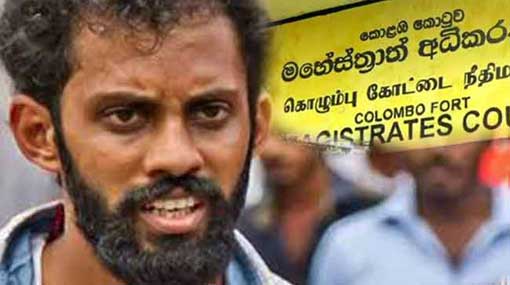 Fort Magistrate’s Court has allowed university students to hold their protest without inconveniencing the public, with regard to a court order sought by the Fort Police.

However, the court order further says that protestors are barred them from entering public institution.

The Inter University Students’ Federation (IUSF) had decided to hold a protest campaign in Colombo today (21), demanding solutions for the issues of South Eastern University students.

The aim of this protest was to dissent the recent statements of the Minister of Higher Education Wijedasa Rajapakse, according to the IUSF Convener Lahiru Weerasekera.

According to the court order, the protestors should refrain from conducting the protest in a way which would inconvenience or harm the general public and vehicles, should not interrupt persons on official duty or enter public institutions in a manner which would disturb the peace.