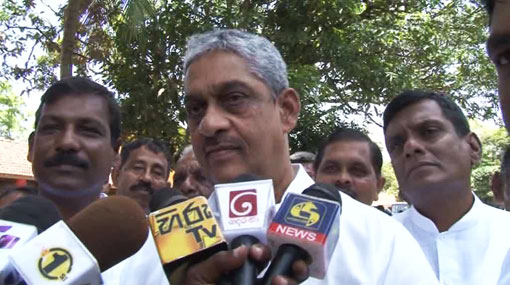 Minister of Sustainable Development, Wildlife and Regional Development Field Marshal Sarath Fonseka says that the United National Party (UNP) should field its own candidate for the Presidential Election in 2020 and that the ‘Common Candidate’ system should be discarded.

Responding to questions from journalists in Gampaha, the former common candidate of the 2010 presidential election said that not only the Sri Lanka Freedom Party (SLFP), even the UNP should contest alone.

He stated that the concept of fielding a ‘Common Candidate’ should be wiped off from the country’s political culture.

Fonseka said that if Mahinda Rajapaksa contests a presidential election once again, he would be going against the wishes of the public and that the former President always attempts to “creep through political loopholes”.