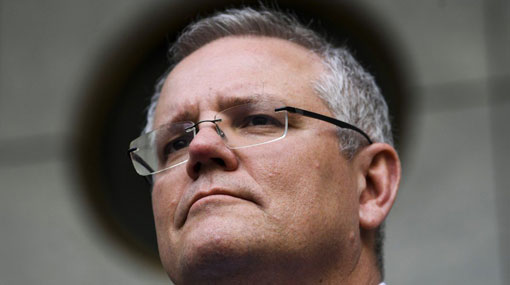 Treasurer Scott Morrison as sworn in yesterday as Australia’s prime minister to replace Malcolm Turnbull after a Liberal Party coup. Mr Morrison, an ally of deposed leader Mr Turnbull, won a three-way battle for the leadership.

In a felicitation letter, Wickremesinghe extended his best wishes on Morrison’s election stating that it is a manifestation of the confidence placed in his leadership qualities by his Party colleagues.

“Being a former Minister of Immigration and Border Protection who has visited Sri Lanka, you are personally aware of the close cooperation our two countries enjoy in this area.”

“It is timely that we diversify this excellent cooperation to other areas of mutual benefit, as our governments have striven to do during recent high level contacts,” he said.

The Sri Lankan Prime Minister said that he looks forward with great pleasure to working with his Australian counterpart to build on this friendship towards a more robust and mutually beneficial partnership.