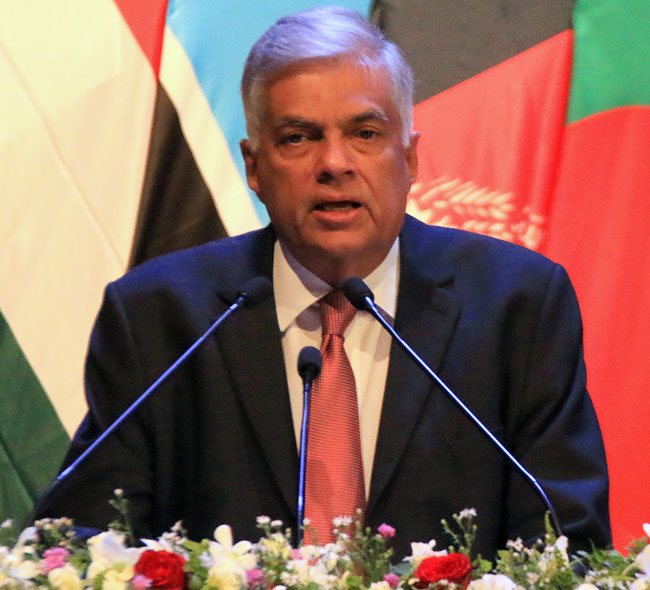 The nature of warfare is shifting from physical to online - PM

Sri Lankan Prime Minister Ranil Wickremesinghe says that technology driven new media including social media is also a source of non-traditional threat to national security as they are becoming a global disruptive force with the potential to destabilize nations.

“The nature of warfare is shifting from physical to online owing to the increase use of computers, electromagnetic spectrum and artificial intelligence in commercial, economic, military and all other cutting edge activities,” he said.

Wickremesinghe made this observation while delivering the keynote address at the ‘Colombo Defence Seminar 2018’ which was inaugurated at the BMICH in Colombo today (30).

The PM said that critical services at risk from a cyber assault includes but not limited to political, economic, financial, energy, transportation, security infrastructure where vulnerability management of cyber-based systems has become an extremely demanding task in the face of innovative use of technology by the attackers.

It is essential to apply the best practice approach to reduce national vulnerabilities immediately and develop robust cyber security system to prevent the disruption by attackers with the collaboration of all nation states, he stressed.

He pointed out that new media including social media sites such as Facebook, Twitter and other websites on the internet are also becoming a ‘global disruptive force’.

“We have seen the potential of this new media to destabilize nations and affect serious changes in the case of countries like Tunisia and Egypt.”

He stated that states need to cooperate by sharing intelligence, training and knowledge where relevant. Good rapport and a working relationship among security stakeholders locally and internationally are the keys to success in meeting future security challenges, he said.