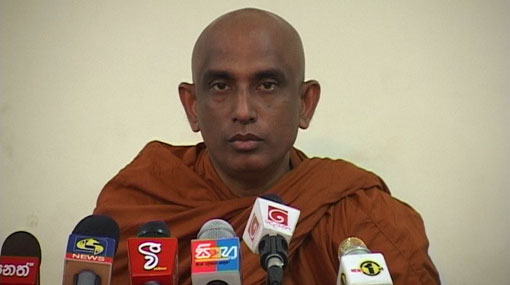 The committee had assembled yesterday (30) for the first time.

The SLSFTA has been created in an approach that is advantageous to Singapore, and disadvantageous to Sri Lanka, claimed the Leader of Pivithuru Hela Urumaya (PHU) MP Udaya Gammanpila before the committee.

The President has empowered the committee to submit a trade policy that is appropriate to the country, he further pointed out.

Addressing the media, Ven. Athuraliye Rathana Thero claimed that the Finance Minister is sending in letters to the Customs Office to lift the tariffs imposed on goods according to the agreement, although a committee has been appointed by the President to look into the FTA.

He further stated that the SLSFTA is a completely illegitimate document and that it had been initiated for personal financial benefits of Minister Malik Samarawickrama and some of his supporters.

Meanwhile, the committee appointed to examine the SLSFTA has assembled today (31) at its office located at the BMICH premises for the second time.