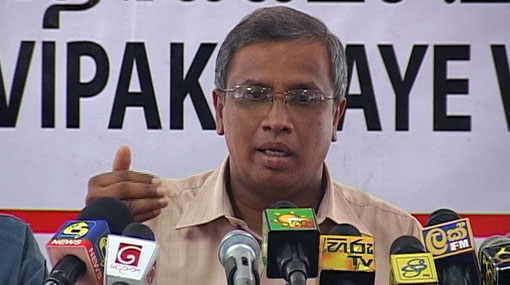 Sri Lanka does not need a federal system  Sumanthiran

Tamil National Alliance (TNA) Parliamentarian M.A. Sumanthiran says that so far there is no agreement within the Tamil people for one nation and that they should be brought into one track through the new Constitution.

He stated this joining a conference held in Galle with regard to the 20th amendment to the constitution.

The war in the country was created as the interests of minority communities had been ignored, he said.

MP Sumanthiran further stated that the country does not require a federal system and that their community is ready to accept the existing Provincial Council system if slight changes are made to it.