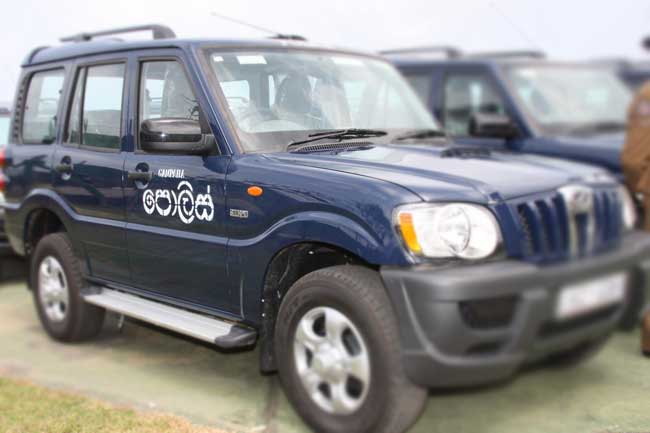 Four individuals have been arrested for stealing a jeep belonging to Kodikamam Police in Jaffna.

The suspects were arrested last night (11) along with the stolen police jeep, according to Kodikamam police.

The jeep had been stolen while parked during a raid carried out to arrest illegal sand mining racketeers in Palavi area in Kachchai, Kodikamam.

The police officers managed to arrest one suspect and the stolen jeep after trailing them immediately, said the police.

Reportedly, three other suspects had been later taken into police custody.

The suspects, residing in Kodikamam area, are reportedly in connection with the illegal sand mining racket.

Kodikamam police is conducting further investigations regarding the incident.