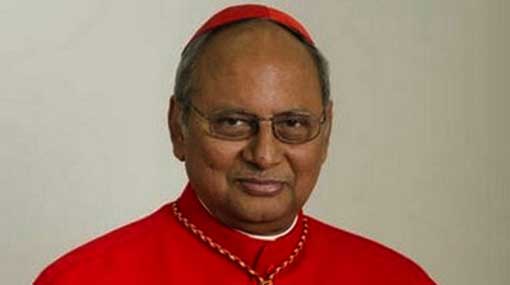 Archbishop Cardinal Malcolm Ranjith says that Western nations are attempting to teach lessons on human rights to a country like Sri Lanka which has been inclined towards religion for centuries.

Cardinal stated mentioned this at the service of the St. Matthew’s Roman Catholic Church in Ekala, held this morning (23).

He says that the field of human rights has become the latest religion of the Western world.

There is no need to teach human rights to Sri Lanka where we have had religious inclination since centuries ago, the Cardinal said.

Archbishop Cardinal Malcolm Cardinal Ranjith further said that we should not be deceived by these tricks and should act wisely.