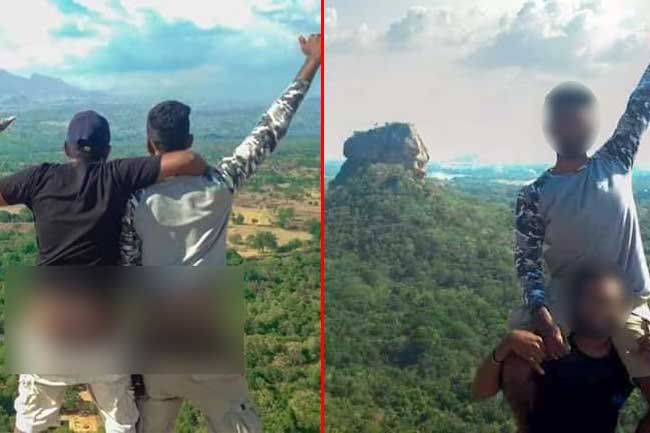 Police has received a complaint regarding the incident of releasing photos taken on top of Pidurangala Rock, part of the at Pidurangala Raja Maha Vihara, while being ‘semi-naked’.

Guardian of the Vihara, Ven. Dr. Danegama Ananda Thero, has lodged the complaint at the Sigiriya Police Station.

Accordingly, police have commenced investigations in to the incident and steps will be taken to implement law against persons who appear on these photographs under Pornography Prevention Amendment Act No. 22 of 1983 and the Police Ordinance.

Recently, a group of young men had taken ‘semi-naked’ pictures of themselves while on top of the Pidurangala Rock and had later published them on social media. This incident was widely discussed on social media platforms.

Pidurangala Viharaya, deemed an ancient sacred site, is considered to be a place where Arahat monks had been present back in the day.