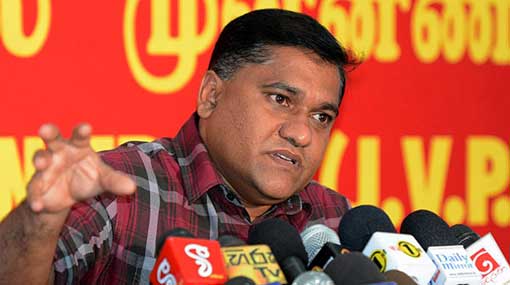 Give us the country for 5 years  JVP

JVP question how a country’s economy can be developed in a context where Rs 3 billion is used to change the logo of the Ceylon Petroleum Corporation’s (CPC) logo.

Vijitha Herath stated this speaking at a public rally in Gampaha yesterday (29).

Although the Finance Minister has nullified the vehicle permits of the MPs, all MPs have already bought their vehicles as of now, he pointed out.

He also said that no information is given on the fuel price formula despite the question regarding it.

He accuses of spending Rs 3 billion on a logo when there are economic issues in the country.

Handover the country to JVP for 5 years to re-build the economy and they will develop the country during that time, further said Herath.