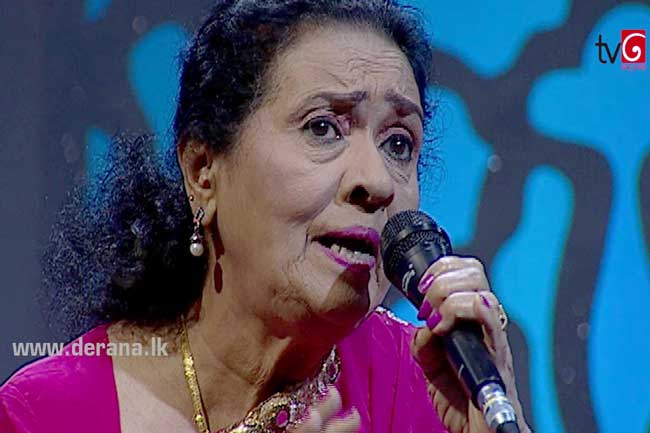 Popular Sri Lankan singer Prof. Amara Ranathunga has passed away last night at the age of 79.

She had been receiving treatment at a private hospital for the past several days.

The funeral will take place on Thursday (18), according to family members.

Amara Ranathunga is the wife of veteran singer and musician Dr. Dayarathna Ranathunga and is also considered the the first Professor of Music in the Sri Lankan music field.

She entered Bhathkande Musc Institute in India in 1961, later became the first Sri Lankan Professor in Hindustani classical music in the University of Visual and performing arts.

Professor Amara Ranatunga began her career as a schoolteacher. Later she served as a senior lecturer and Dean at the Faculty of Music of the Institute of Aesthetics at the Kelaniya University.

She also lectured at the University of Visual Arts and Performing Arts and was Director of the Sri Lanka Performing Rights Society.