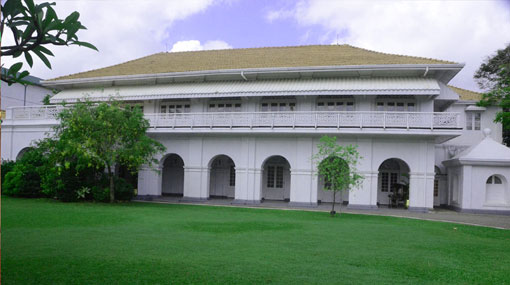 Prime Minister’s Secretary S. Amarasekara says that a complaint has been lodged with the Inspector General of Police (IGP) over several persons threatening and assaulting state officials who had entered the Temple Trees premises today (31).

He stated that several officials who had served at Temple Trees had been transferred and that when they had arrived at Temple Tree to hand over their equipment several individuals had threatened and assaulted them.

Former Prime Minister Ranil Wickremesinghe’s Media Unit had issued a statement earlier today regarding a tense situation which had prevailed when two individuals claiming to be from “Mahinda Rajapaksa’s office” had entered Temple Trees this afternoon.

It said that two individual claiming to be from “former President Mahinda Rajapaksa’s Office” had entered Temple Trees and checked certain equipment at the office and attempted to take them away, resulting in the tense situation involving those present.