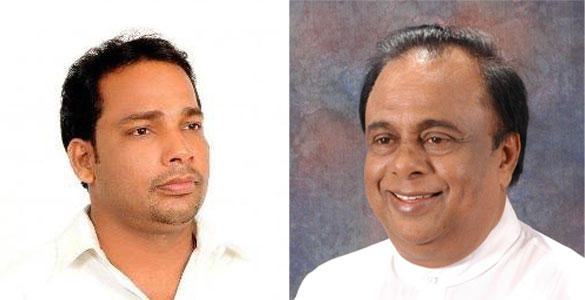 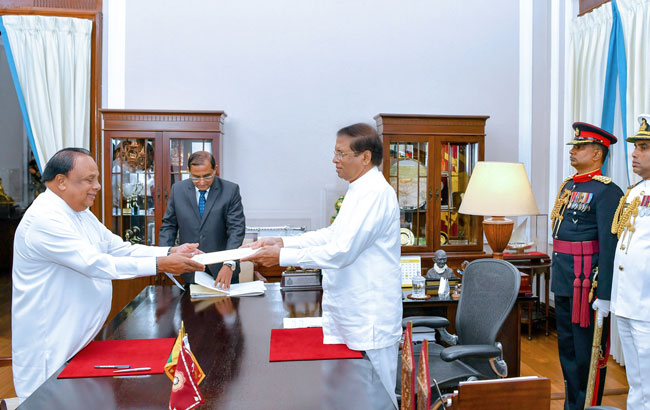 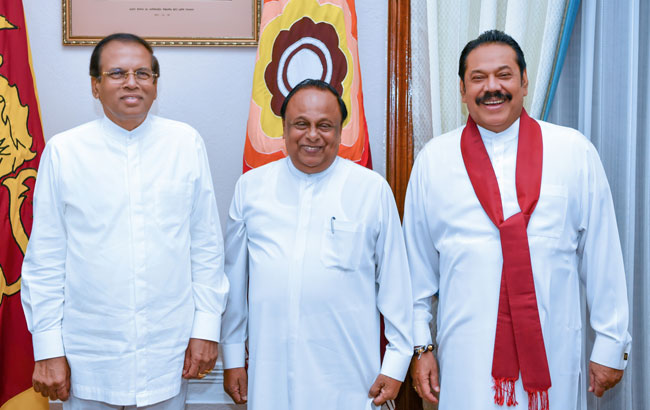 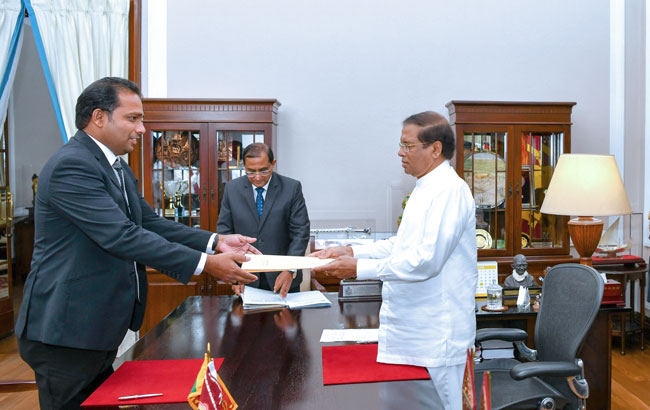 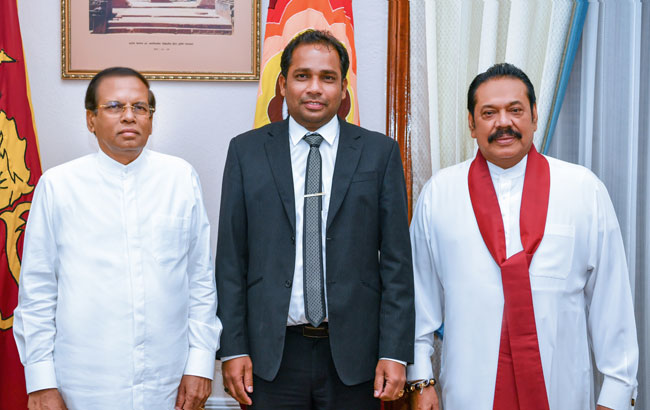 TNA and UNP MPs sworn in as Minister & Dy Minister

A new Cabinet Minister and a new Deputy Minister were sworn in before President Maithripala Sirisena at the Presidential Secretariat in Colombo today (2).

A member of the United National Party (UNP) and an MP of the Tamil National Alliance (TNA) took oath as a minister and deputy minister respectively.

UNP MP S.B. Nawinne has been appointed as the Minister of Cultural Affairs, Internal Affairs and Regional Development.

The Batticaloa District MP is the first MP to defect from the TNA.

Nawinna, who was the Treasurer of the Sri Lanka Freedom Party (SLFP), crossed over to the United National Party (UNP) in 2015. Nawinne served as the Minister of Internal Affairs & Wayamba Development under the previous government.