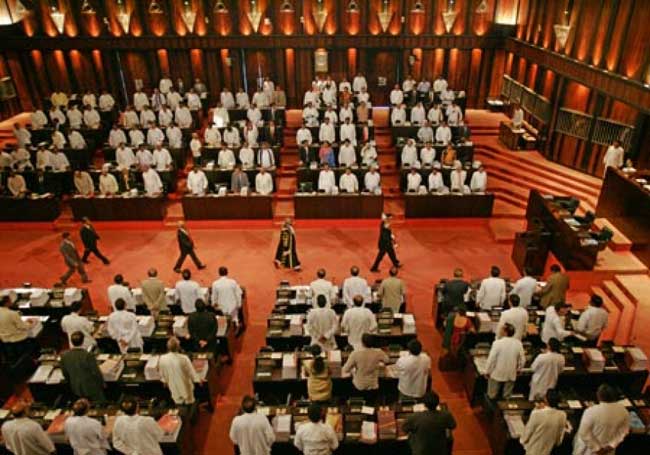 Parliament set to reconvene on Nov 14

President Maithripala Sirisena has issued a gazette to reconvene the prorogued parliament on November 14th at 10 am.

Under the powers vested in the President by the constitution in accordance with Article 70 (3) (I) of the Constitution, President Sirisena has decided to refer Parliament in this manner.

The President had prorogued the parliament for 11 days, from October 27 to November 16, by issuing an Extraordinary Gazette Notification published by the Presidential Secretariat.

The move came a day after Mahinda Rajapaksa was sworn in as Prime Minister before the President. Prior to that, the United People’s Freedom Alliance (UPFA) had decided to withdraw from the national government with the United National Party (UNP).

Previously, Prime Minister Mahinda Rajapaksa had told a meeting of academics in Colombo that the legislature will be recalled on 5th November.

However, the SLFP General Secretary Prof. Rohana Lakshman Piyadasa had said that no decision has been taken on reconvening the parliament on November 05 and that they are planning to stage a public rally on that day.

Later, Speaker Karu Jayasuriya claimed that the parliament would be convened on the 7th November after discussion with the President.

Meanwhile, many requests, from both national and international communities, were made regarding the reconvening of the prorogued parliament.