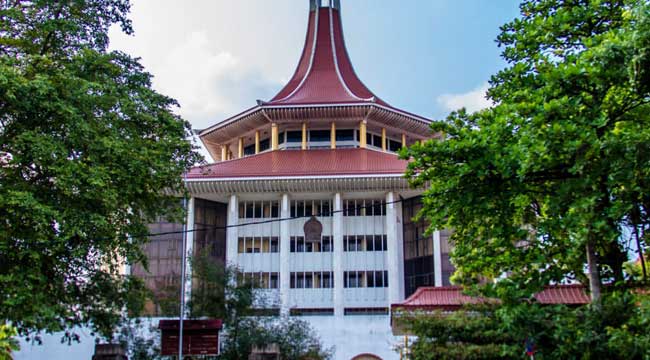 Several parties have filed petitions at the Supreme Court today (12) against the arbitrary dissolution of the Parliament.

Accordingly, 10 fundamental rights petitions have been submitted to the Supreme Court calling to declare the President’s dissolution of the parliament illegal.

Political parties including United National Party (UNP), Janatha Vimukthi Peramuna (JVP), the Tamil National Alliance (TNA), Tamil Progressive Alliance (TPA) and the All Ceylon People’s Congress, as well as other parties such as the Centre for Policy Alternatives (CPA) and Attorney Aruna Laksiri have filed these petitions.

President Maithripala Sirisena, Prime Minister Mahinda Rajapaksa, the Elections Commission and its members have been named as the respondents of these petitions.

Therefore, the petitioners have requested the Supreme Court to issue an order voiding the gazette issued by the President dissolving the parliament and to suspend the upcoming general election until the verdict on the hearing is passed.

The intention of filing the petition is to seek justice from the Supreme Court over the dissolution of Parliament, stated the former UNP MP Sagala Ratnayaka.