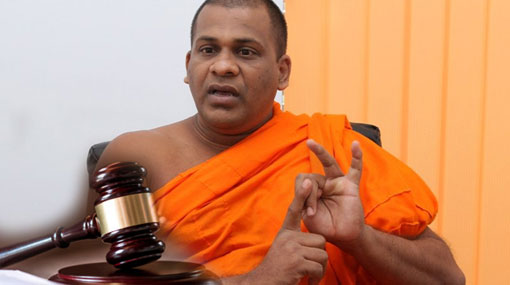 The appeal filed by the Attorney General against the acquittal of Ven. Gnanasara Thero and 12 others over the case filed for allegedly attacking and causing damages to the Calvary Christian Center in Malabe, has been withdrawn from the Supreme Court.

The appeal was taken up before the Supreme Court judge bench consisting of Justices Deepali Wijesundara and Achala Wengappuli today (23).

When the appeal was heard before the court on previous occasions, the defense had presented fundamental objections stating that there are no legal provisions to proceed with the appeal.

The Deputy Solicitor General has, today, informed the Supreme Court that the Attorney General has decided to withdraw the appeal filed against the acquittal of the defendants.
Accordingly, the Supreme Court granted permission for the withdrawal of the appeal and ordered the validation of the verdict issued by the Colombo High Court, pronouncing the acquittal of the defendants.

The Attorney General had filed a case at the Colombo High Court against Ven. Gnanasara Thero and 12 others for allegedly irrupting and causing damages to the property of the Calvary Christian Center in Malabe in 2007.

Following a lengthy trial, the High Court had acquitted the defendants from all charges and ordered to release them.