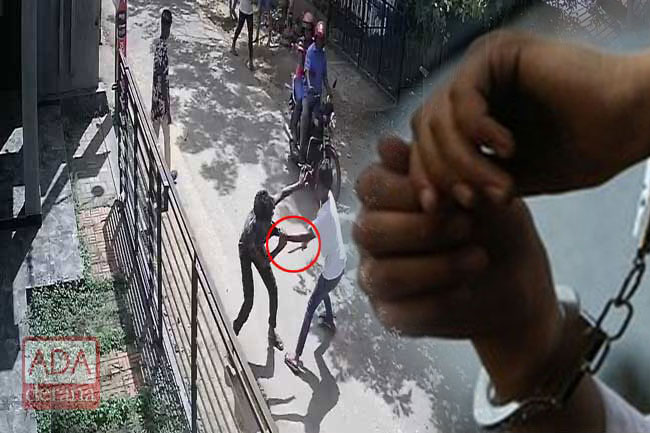 The third teenage suspect allegedly involved in the stabbing of a student in Matara has been arrested by the Matara Police Intelligence Division, the Police Spokesman said.

The suspect, who had allegedly ridden the motorcycle used by the suspects to carry out the murder, is to be produced before the Matara Magistrate’s Court today.

On 24th November, a 19-year-old student was killed while another was injured in an attack carried out with a sharp object near a tuition class at Elewella in Matara.

The attack was carried out by three youths who had arrived on a motorcycle and waited at a byroad near the class before assaulting the victims, who were leaving after attending a tuition class.

The attack has been recorded on CCTV cameras near the scene.

The deceased, a resident of Mahena in Thihagoda, was a Grade 13 student of a leading school in Matara while the attack had reportedly been carried out over a love affairs.

Five police teams were deployed to apprehend the murder suspects of the incident.

Police found the motorcycle used by the suspects abandoned in Welewatte area in Matara.

The main suspect in the stabbing was remanded until the 3rd of December.