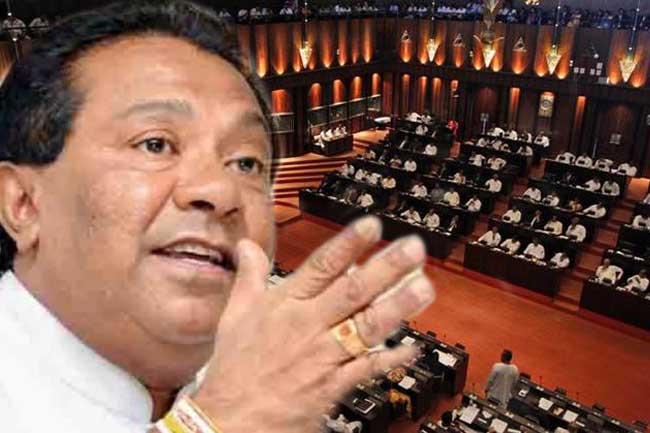 The ruling party parliamentarians will be boycotting the parliamentary session today (29), stated Minister S. B. Dissanayake.

The government MPs boycotted the last two sessions of the parliament as well.

The parliamentary session is scheduled to commence at 10.30 am and the motion to suspend the expenditures of the Prime Minister is scheduled to be taken up for debate at the session today.

He says that only a Minister can bring forward such a motion at the parliament and the approval of the Cabinet is a also required for this.