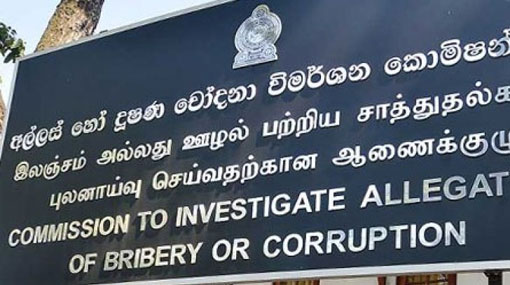 The Commission to Investigate Allegations of Bribery or Corruption (CIABOC) says that it has received 2,956 complaints so far this year.

Out of the total complaints received, the Bribery Commission has decided to investigate 1,848 complaints, according to the Director (Investigations) of the Commission SSP Priyantha Chandrasiri.

The Commission has received 411 complaints regarding allegations of bribery, 1,286 complaints pertaining to corruption and 88 on illegally obtained assets.

The Director stated that the Bribery Commission has filed 338 court cases with regard to the complaints received so far and 95 of the cases are already concluded.

The Bribery Commission has carried out 33 raids over the course of 2018, in which 38 persons were arrested.