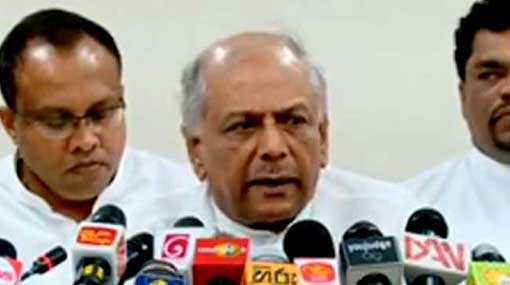 He mentioned attending a press conference held at the Parliamentary premises today.

He says he has emphasized to the Speaker and the Secretary-General of the Parliament that the Party Leaders’ meeting, which was held today with the participation of several party leaders of Speaker’s choice, is illegal.

Gunawardena says that the governing party has informed the relevant parties that they would not be attending this unconstitutional act.