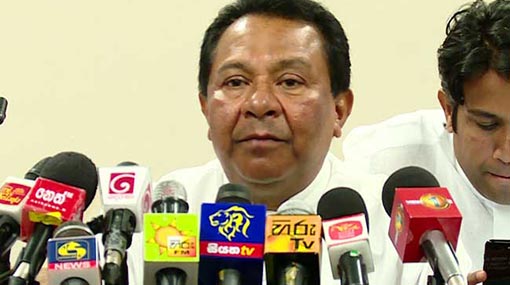 Karu wants to be next common candidate  SB

Speaker Karu Jayasuriya has expectations to be the common candidate at the next Presidential election, says the Minister of Highways and Road Development S.B. Dissanayake.

He stated this addressing the press conference convened at the Parliament Complex today (30).

There will be no changes made to the current Cabinet of Ministers including the Prime Minister Mahinda Rajapaksa and there are no vacancies either for premiership or ministerial positions, Minister Dissanayake said.

The parliamentary session today was against the standing orders and the Constitution, he further stated.