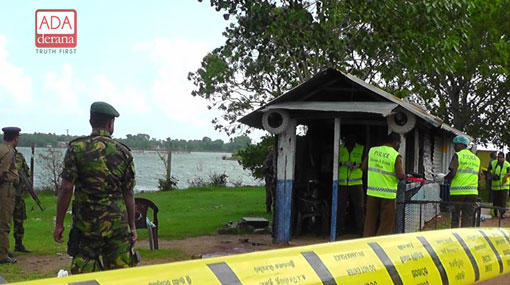 The Criminal Investigation Department (CID) has commenced investigations into the murder of the two police constables since this morning (01).

The field inspections at the location of the murder have already been launched by the CID officers, according to a senior police officer serving in the area.

Two police constables attached to Vavunativu Police Station had reported for duty at the Vavunativu checkpoint, located nearly 800m off the police station, at around 6.00 p.m. on November 29.

They had been murdered by unidentified individuals and their bodies were uncovered by two other police officers last morning (30).

One of the two deceased policemen was identified as a 35-year-old police constable named Niroshan Indika Prasanna, who had been residing in Galle. The other constable has been identified as a 28-year-old named Ganesh Dinesh, a resident of Kalmunai area.

Preliminary police investigations had uncovered that Constable Dinesh suffered a gunshot in the head, while Constable Indika suffered cut wounds across his neck.

A special team from the Criminal Investigation Department (CID) was deployed to Batticaloa yesterday (30) over the death of the two police officers in Batticaloa, according to the Police Media Spokesperson.

Subsequently, a special team including the Inspector General of Police (IGP), the Senior DIG of the Criminal Investigation Department (CID) and the Police Media Spokesperson had arrived in Batticaloa to probe into the killing of the two policemen.