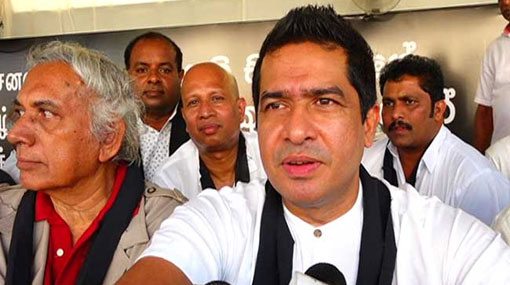 The political turmoil that prevails in the country has adversely affected the general public, says the UNP Parliamentarian Sujeewa Senasinghe.

Attending an event held in Colombo, the MP said it is the general public that has been inconvenienced by the situation that the country has faced at present, not Mahinda Rajapaksa or Maithripala Sirisena.

He further stated that cutting down the prices of petrol or fertilizer cannot resolve this issue and the country’s economy has undergone a downfall of 50 percent.

Pointing out that the reputation of the country has declined as present, MP Senasinghe said that they have already proved as to who holds the parliamentary majority.

It is the responsibility of President Maithripala Sirisena of restore the country’s status, the Parliamentarian emphasized.

Commenting further, he called for forthwith actions from the President to reestablish good governance and democracy in the country for the sake of the general public.