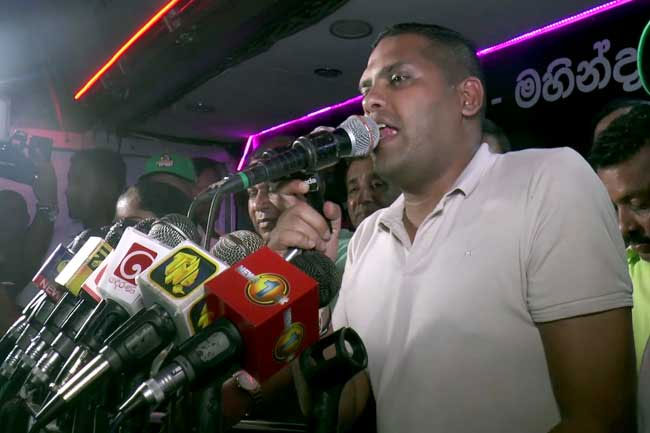 Presidential candidate will be from within UNP  Harin

UNP Parliamentarian Harin Fernando says that United National Party (UNP) intends to put forward its own candidate forward for the Presidential Election, instead of a common candidate.

He stated this addressing a public rally held in Mahiyanganaya last evening (02).

The former Minister said that a huge mess has been created in the country due to one person who was appointed for presidency from Polonnaruwa.

President Maithripala Sirisena should be held account for everything that happened in the country during the last few days, the MP charged.