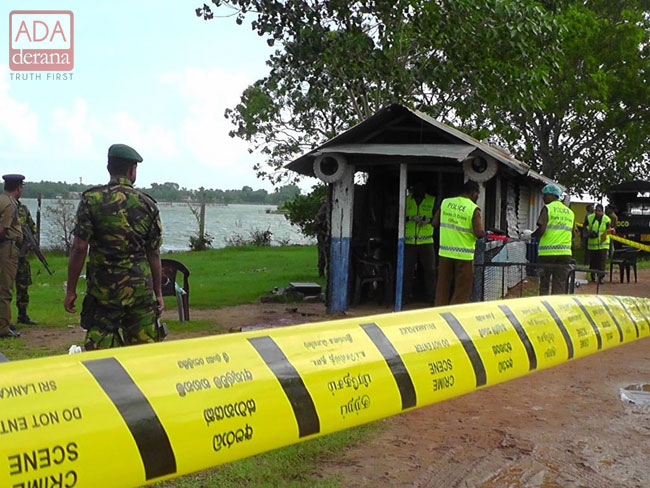 A second suspect has reportedly been arrested by police over the killing of two policemen in Vavunathivu, Batticaloa.

The suspect, who is said to be a former LTTE intelligence unit member, was reportedly arrested at Kannankuda in Batticaloa.

He is to be handed over to the Criminal Investigations Department (CID) for further investigations.

With this two arrests have been made so far in connection with the murder of two police constables who were on duty at the police checkpoint in Vavunathivu on November 29.

A 48 year old by the name of Rasanayagam Sarvananthan was arrested on November 30 in Kilinochchi.

The resident of Vattakachchi, Kilinochchi is said to be a rehabilitated ex-LTTE cadre.

The two murdered Constables Niroshan Indika Prasanna and Ganesh Dinesh were posthumously promoted to the rank of sergeants.